I often visit the CNN.com website to check what’s going on in the world.
I don’t know if you agree with me, but my opinion is that our Polish media focus so much on our local problems or pseudo-problems  that even the most important world news are often ignored and not mentioned at all. That’s why I don’t watch TV too often, or I should rather say – I almost never do.  I prefer surfing the net to find out what is going on in different parts of the world.
A nice surprise today – Wrocław on CNN! END_OF_DOCUMENT_TOKEN_TO_BE_REPLACED

Posted on November 17, 2013 | Comments Off on SuperMemo – IRREGULAR VERBS

Click here if you need help in remembering irregular verbs. SuperMemo is ready to help you!

Comments Off on SuperMemo – IRREGULAR VERBS

Posted on November 14, 2013 | Comments Off on English Christmas Song Contest

END_OF_DOCUMENT_TOKEN_TO_BE_REPLACED

Fiszki! A great help for learning vocabulary and irregular verbs

Posted on November 13, 2013 | Comments Off on Fiszki! A great help for learning vocabulary and irregular verbs 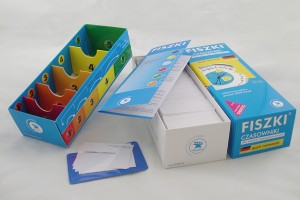 Fiszki (Eng. flashcards) – a great tool useful in learning vocabulary. Here is a free website where you can make your own set of vocabulary and then print it. I’m sure it will help you learn vocabulary, especially irregular verbs.

Comments Off on Fiszki! A great help for learning vocabulary and irregular verbs

The nation of really nice aliens…

I have lots of memories connected with my first stay in Great Britain. Most of them positive. However, to be honest, I must tell you my primary impression was that the British were strange… or should I say – original? To be politically correct, lets stick to ‘original’. END_OF_DOCUMENT_TOKEN_TO_BE_REPLACED

Posted on November 11, 2013 | Comments Off on Haunted House by Małgorzata Pieńkowska

Every year I arrange Halloween with my friends. This year wasn’t any different. As usual we planned going from house to house and asking for candies. Halloween has always been a special holiday, full of fun among my friends.

At about 7 p.m. we started trick-or-treating. People gave us candies and took pictures. We had already collected two big bags of sweets, when we got to the last house in the alley. It was a well-known ‘dark house’. Neighbors had been telling us various stories about it since we were little. Apparently at night you could hear screams coming from the house, although it has been abandoned for many years.
Someone suggested going inside. 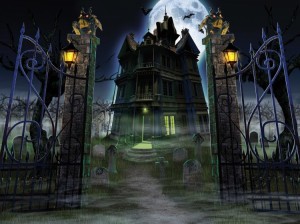 We walked into the rear garden and found out that the door was open. The only light we had was from the streetlights. Everything was covered by dust. In the middle there were stairs leading down. We headed towards them to see what was in the basement. We were going down slowly, step by step until we faced the door. Suddenly, on the other side someone started banging on it! We heard millions of whispers in strange languages. We started running away, screaming. We were confused. I’d never been so scared before! We called the police as soon as we could. They didn’t want to believe us, but they arrived. The house was searched through thoroughly, and as it turned out, it was completely empty. They didn’t find anything suspicious. We couldn’t believe it. The policemen thought we’d played a stupid joke. Soon everyone forgot about this event, but it will stay in my memories forever…

Comments Off on Haunted House by Małgorzata Pieńkowska

Spooky stories – click only if you’re brave enough to read them:)

Posted on November 11, 2013 | Comments Off on Spooky stories – click only if you’re brave enough to read them:)

Do you like stories which send chills down your spine? If you do, here are the spooky stories written by your schoolmates as part of the Halloween Spooky Stories Contest. Enjoy! 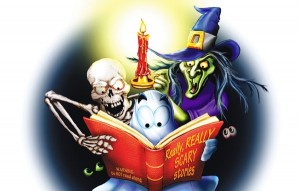 Comments Off on Spooky stories – click only if you’re brave enough to read them:)