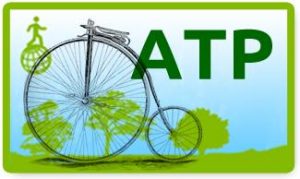 Have you ever wondered if there are any other ways to get to school or work other than by car? There’s so much being said about air pollution caused by traffic. In 2017 there were one billion cars in the world. It’s believed that by 2024 this number will have doubled. There are 320 millions cars just in the USA. Can you imagine? As a comparison, there are ‘only’ 19 millions cars in Poland!

It makes people wonder why our planet is so polluted, yet no one thinks about the most obvious reason – cars.
It’s common now to lead a healthy lifestyle and take care of the environment. Have you ever wondered how to get the best of both worlds? If you haven’t come up with a simple solution, let me introduce the Alternative Travel Project to you!
What is ATP? It’s an organization that encourages people to go car-free for just one day. It tries to prove that, even though cars are great, they don’t have to be an inevitable part of our everyday life. And if it’s possible to make at least a hundred people go to school or work by bike, they might end up telling their friends how cool it was, and they’ll spread the whole idea around. Wouldn’t it be fun just to grab your friend, who might not be a cyclist or a walker, and say ‘Hey, let’s walk to work together!’ just to show them how easy it is?
I found out about ATP because of Stana Katic, who presented the  project during Talks at Google. It was about a year ago and since then I’ve been avoiding travelling by car as much as possible and, to be honest, I’ve never walked as much as I do now!
Not only does traffic cause air pollution, but it also leads to heart diseases, anxiety, arterial hypertension and so on, whereas walking or cycling is beneficial for your health and makes you gain social experience. Let me tell you a story connected with ATP. There’s a school in Romania that introduced car-free Fridays and, as a result, people connected with this school started actually talking to each other. They would meet on buses or sidewalks and a little over a year after there were two weddings as a direct result of the Alternative Travel Project!
To cut it short, ATP doesn’t intend to make people throw their driving licences away. It’s just about making people realize that traveling car-free isn’t that bad and we all can make a difference, even if it’s just for a day. One day a year might turn into one day a month.
I’d like to encourage you to give the ATP a try and to share your opinions about it – not only with me, but also with your friends and family.
If you would like to know more about the Alternative Travel Project, here’s an interview with Stana Katic:

This entry was posted in Blog, Home. Bookmark the permalink.

6 Responses to Alternative Travel Project – a post by Ala Gibki